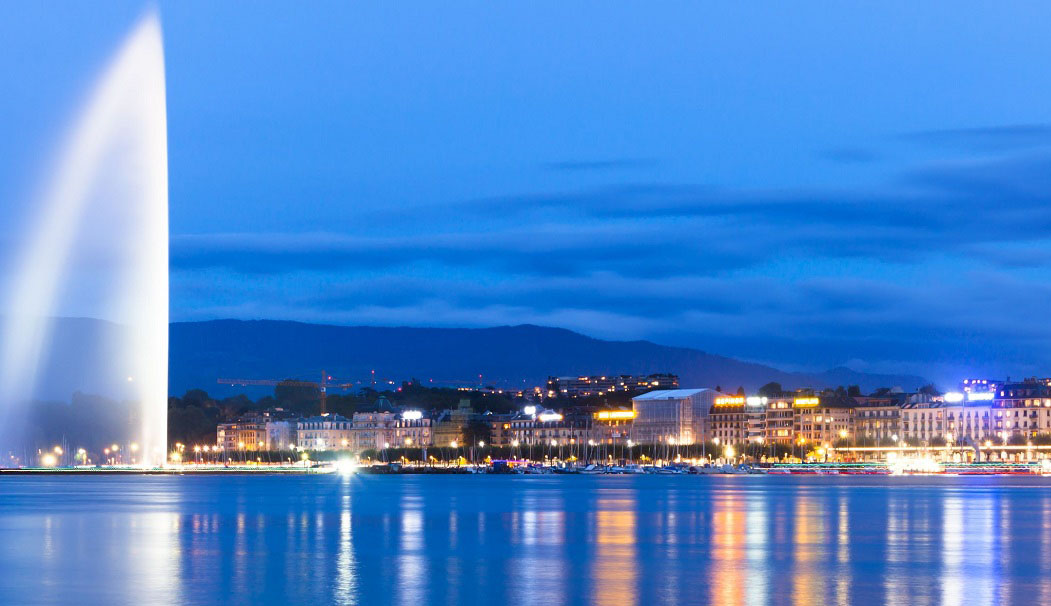 In an Open Letter to US President Joseph Biden and Russian President Vladimir Putin, sent prior to their June 16 Summit in Geneva, Switzerland, the two leaders are urged to use the opportunity of their meeting to reduce tensions between the two countries and lower the risks of a nuclear exchange, in particular by making a “joint commitment that their nations will not use nuclear weapons first under any circumstances, and to make this a key step toward fulfilling the United Nations goal to totally eliminate nuclear weapons from the planet.”

“Presidents Biden and Putin are meeting as the world continues to grapple with the COVID-19 pandemic and the accelerating impacts of the climate crisis,” says Maria Fernanda Espinosa, Member of the World Future Council and former President of the UN General Assembly (2019-2020). “Rather than sticking to outdated, adversarial and highly risky nuclear weapons postures, the US and Russia can demonstrate real leadership by committing to a mutual No First Use pact, which would greatly enhance global security, pave the way for ridding the world of nuclear weapons and create the conditions for tackling other existential threats.”

The Open Letter arose from a meeting on 26-27 May 2021 of No First Use Global, a new international campaign advocating a commitment by nuclear-armed and allied states to a policy of no first use of nuclear weapons. The letter, which has also been sent to all other nuclear-armed and allied states, has been endorsed by over 1200 political, military and religious leaders, as well as legislators, academics and scientists and other representatives of civil society.

“If all nuclear armed countries stick to a commitment not to be the first to use nuclear weapons, a nuclear war cannot break out,” says Carlo Trezza, Former Italian Ambassador for Disarmament and Non-Proliferation and one of the drafters of the Open Letter.

“It’s almost thirty-six years after US President Reagan and Soviet leader Gorbachev agreed that A nuclear war cannot be won and must never be fought”, says John Hallam, Director of People for Nuclear Disarmament (Australia) and co-convenor of the Abolition 2000 working group on nuclear risk reduction. “Yet the threat of nuclear war still looms large. In large part this is due to military doctrines currently in place in many of the nuclear-armed states, which don’t rule out using nuclear weapons first, including in response to a range of non-nuclear threats.”

“In the case of the United States and Russia, these risks are compounded by the fact that each side maintains hundreds of warheads ready to be launched at a moment’s notice” says Peter Metz, from Massachusetts Peace Action, USA. “A move towards adoption of a mutual policy committing to never initiate a nuclear attack, i.e. No First Use, by the two nations with the largest nuclear stockpiles would be a critically important step towards achieving a world free of nuclear weapons—a goal enshrined in the very first resolution of the UN General Assembly.”

“Such a move would be supported by most of the other 189 States Parties of the Non-Proliferation Treaty who unanimously agreed in 2010 to support ‘policies that could prevent the use of nuclear weapons’ and ‘to establish the necessary framework to achieve and maintain a world without nuclear weapons’”, says Aaron Tovish, Director of Zona Libre in Mexico, former Program Director of Parliamentarians for Global Action and former Vision 2020 Campaign Director for Mayors for Peace. “It will most likely also be strongly supported by the 122 nations that in 2017 approved the Treaty on the Prohibition of Nuclear Weapons as a measure toward achieving a nuclear-weapon-free world.”

Quotes from some of the endorsers:

“The leaders of the United States and the Russian Federation, countries which possess over 90% of the world’s nuclear weapons, bear special responsibility to ensure that these devastating weapons are never used. Reciprocal adoption of a No-First Use policy will reduce nuclear risk and facilitate nuclear disarmament. Presidents Biden and Putin need to demonstrate leadership regarding nuclear dangers in keeping with that displayed by Presidents Reagan and Gorbachev in the past.”
Paul Meyer, Chair of Pugwash Canada Group

“If a pledge of NFU of nuclear weapons is accepted by all nuclear weapons states it can produce a revolutionary turn initially leading to the erosion of nuclear weapons and finally to the complete elimination of  such weapons of mass destruction  from our planet for the benefits of all its inhabitants and the international security at large.”
Vladimir P. Kozin, Member, Russian Academies of Military Sciences and Natural Sciences (Moscow)

“The U.S. and Russia possess and deploy the lion’s share of nuclear weapons in the world.  These two nuclear superpowers can therefore reduce the risk of a nuclear war that could destroy all life on earth.  As a U.S. citizen, I particularly call upon my own government to lower global tensions, to implement a No First Use policy, and to help lead a global process to eliminate all nuclear weapons.”
Gerry Condon, Former president, Veterans For Peace, USA

“It would give great hope to the people of the whole world and release their fear and anxiety if you both Mr Presidents took the first steps towards nuclear disarmament by declaring ‘No first strike ‘ and a programme together of co-operation and disarmament for the world. God bless you both.”
Mairead Maguire, Nobel Peace Laureate 1976, Northern Ireland

“No-First-Use — at least try or be fully accountable to humanity’s destruction.”
Ambassador Libran Nuevas Cabactulan, Philippines
President of the 2010 NPT Review Conference. Former Permanent Representative of the Philippines to the United Nations in New York.

“Remember your humanity, forget the rest. An explicit no-first use of nuclear weapons policy is the first step. Don’t wait for disaster to happen on your watch. Declare it together and follow up by de-escalating your states’ nuclear weapons.”
Joelien Pretorius, Pugwash South Africa branch, University of the Western Cape, South Africa

“A no first use policy means that the United States commits itself to never starting a nuclear war and never considering using nuclear weapons except in response to a confirmed nuclear attack.  The real question, therefore, is not whether the USA will adopt a no first use policy, but how President Biden can possibly justify it not doing so?
Peggy Mason, President of The Rideau Institute. Former Canadian Disarmament Ambassador

“Destruction of a section of humanity and a part of our planet is the most diabolical and inhumane act that humankind can ever visualise. A nation, a country or person on behalf of that nation or country that takes the initiative to use the Atom Bomb can never justify such an act of sheer satanic vengeance. It is totally against the teachings of all our scriptures and our deep sense of propriety. We therefore implore that all countries of the world sign a treaty of no first use of this destructive weapon.“
Ela Gandhi, Gandhi Development Trust/Phoenix Settlement Trust; Honorary Co-President of Religions for Peace, South Africa

“IPPNW Canada asks Presidents Biden and Putin to remember their humanity and pledge No First Use of nuclear weapons.”
Dr Jonathan Down, International Physicians for the Prevention of Nuclear War Canada

“Yes, it is very important for the world to see that US and Russia sign for no first use of Nuclear Weapons at this meet of the leaders on 16th June 2021 in Switzerland.”
Kanaka Kumar Chand Kolavennu, Rotary Action Group for Peace, India

“A commitment not to be the first to use nuclear weapons under any circumstances as a step to a world without such weapons would be a powerful tool to achieve that goal.”
Ambassador Sergio Duarte, President of Pugwash Conferences on Science and World Affairs

“A no first use declaration is a logical step towards nuclear disarmament. In a world of growing tensions, we appeal to the presidents of two nuclear superpowers to take this necessary step.”
Stefan Nieuwinckel, Pax Christi Vlaanderen, Belgium

“As Presidents Biden and Putin prepare to meet in Switzerland for their first Summit, we urge them to discuss a No First Use policy, committing to one another, and the world, that they will never initiate a nuclear weapons attack. Both leaders have expressed throughout their political careers their grave concerns regarding the risk of nuclear weapons to the world’s population. As the Biden administration gets to work on their Nuclear Posture Review, adopting a No First Use policy would send an important message that he will continue progress made during the Obama administration towards a world without nuclear weapons. We urge President Biden to use this opportunity to set a progressive vision for U.S. nuclear weapons policy, one emphasizing peace and international cooperation, and aiming towards disarmament as a long-term goal.”
Mac Hamilton, Women’s Action for New Directions, USA

“Japan Congress Against A-and H-Bombs (GENSUIKIN) has demanded Nuclear Weapons States to adopt No-First-Use Policy. Thus, we endorse the Open Letter. Meanwhile, though Japan is the only country to have suffered atomic bombings during the war, Japanese government opposes to adopt the policy by US government, arguing that it would weaken nuclear deterrence of the US. We continue to make efforts to change stand of the Japanese government.”
Tomoyuki Kitamura, Takashi Kikuchi, Japan Congress Against A-and H-Bombs (GENSUIKIN)

“The World is looking to President Biden and President Putin to lead by example in endorsing ‘No First Use’ and thereby to write your names into Global History.”
Bill Kidd MSP, PNND Co-President, Scotland

“I have sat under two H-Bombs. Lots of us have died early from radiation-like illnesses. They are terrifying weapons and if not banned soon they will destroy our beautiful planet.”
Gordon Frederick Coggon, Nuclear test veteran Christmas Island 1957-1958, UK.

“If presidents Biden and Putin wish to demonstrate world leadership for history, without risking to be outmaneuvered by other nuclear powers, they could commit to a no first use pact to enter into effect in one year, provided the other nuclear powers join the pact.”
Bishop Gunnar Stålsett, Hon. President Religions for Peace. Former Vice Chair Nobel Peace Prize Committee, Norway.

“Nuclear weapons are a complete contradiction to the values of peacemaking, reconciliation and justice, love and compassion, which are at the heart of the gospel. As a community, we believe that the production, possession, use or threatened use of nuclear and other weapons of mass destruction is theologically and morally indefensible and that opposition to their existence is an imperative of the Christian faith.”
Heinz Töller, The Iona Community, UK

“As a U. S. Marine Corp Veterans with 22 months in Vietnam along the DMZ I saw the human carnage visited upon the Vietnamese people and our young misguided American Patriots. I can only imagine a the madness of a Nuclear Holocaust with 1st Strike by my country and the world wide calamity and horror that will befall all on humankind and those who might live are living in a Hell on Earth Nuclear Winter Wasteland. When will our collective madness end? Now is the time.”
Jan A. Ruhman, Veterans For Peace, President, San Diego Chapter 91

“A joint US-Russian pledge to reject first use of nuclear weapons would add to the Indian-Chinese no first use pledge, greatly reduce world tensions, and buy badly needed time for serious steps towards nuclear disarmament. It is an essential step forward.”
John Roby, New Hampshire Peace Action

“During the Caribbean Crisis in 1961 I witnessed the world coming to a brink of a nuclear disaster, but was saved only incidentally by the restrained actions of a captain of a Soviet submarine. I and my family are urging you, President Biden and President Putin, to sign a new plan for a nuclear disarmament during your first summit on June 16.”
Anatol Zukerman, Newton Dialogues for Peace

“Now is the right time. Omnicide is close at hand if these measures are not taken.”
Lynn Sableman, Branch President of Women’s International League for Peace and Freedom, St. Louis, USA