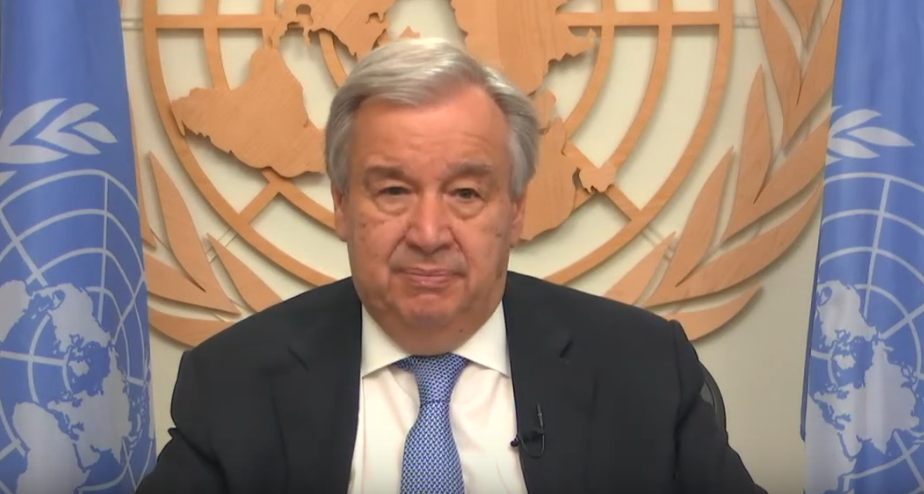 Putin has put nuclear war back on the table, says UN Secretary-General

The Russian invasion of Ukraine, and additional provocative moves by President Putin, have made the “prospect of nuclear conflict, once unthinkable, now back within the realm of possibility” according to UN Secretary-General António Guterres in a statement on March 14 on the war in Ukraine.

Already the war is a tragedy. “The country is being decimated before the eyes of the world. The impact on civilians is reaching terrifying proportions. Countless innocent people – including women and children – have been killed. After being hit by Russian forces, roads, airports and schools lie in ruins.”

“Further escalation of the war, whether by accident or design, threatens all of humanity,” he said.

The threat of a nuclear war was also highlighted in an article Russia, Ukraine and nuclear weapons, authored by Ambassador (ret.) Thomas Graham (USA) and General (ret.) Bernard Norlain (France) and published on March 7 by The Hill, a top US political news-site read by the White House and more US lawmakers than any other site.

President Putin has raised the nuclear threat on three occasions during the conflict – by publicly testing a nuclear capable missile just before the invasion, by warning states not to intervene in the conflict just after the invasion or “face consequences that you have never faced in your history“, and by following up this warning by placing the Russian nuclear forces on high alert.

Ambassador Graham and General Norlain discuss these increased nuclear threats and outline ways to reduce the risk of nuclear war, in particular through the adoption of no-first-use policies.

“First-use options are literally playing with fire in very combustible situations,” they say. “No-first-use policies could defuse these risks and help keep alive the NPT goal of eliminating nuclear arsenals.”

The two nuclear policy experts indicate that despite the tensions between Russia and USA, there is a possibility to advance no-first-use policies building upon the joint statement of Presidents Putin and Biden in June 2021 affirming that “a nuclear war cannot be won and must never be fought.”

And they note the growing movement of influential voices supporting no-first-use policies including many of those who have endorsed Fulfil the NPT: From nuclear threats to human security, the Open Letter organised by NoFirstUse Global which calls on nuclear weapons states to fulfill their NPT commitments and phase out the role of nuclear weapons in their security doctrines, starting with no-first-use policies. Both Ambassador Graham and General Norlain are endorsers of the Open Letter.