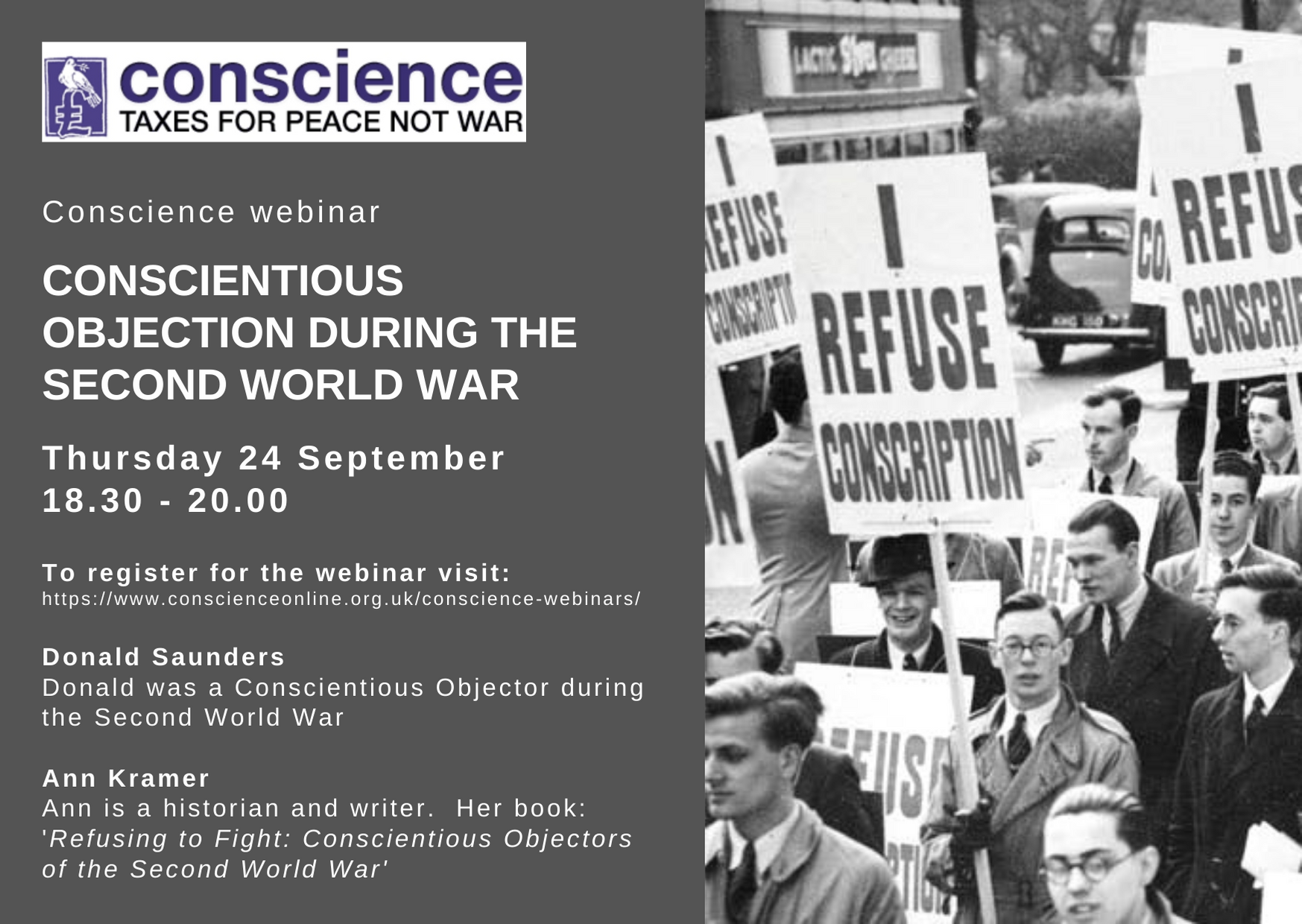 With Donald Saunders and Ann Kramer.

Donald Saunders will be sharing his experiences as a Conscientious Objector during the Second World War.

Ann Kramer is a historian and writer. Ann has written a book, ‘Refusing to Fight: Conscientious Objectors of the Second World War’.
Ann will be mentioning the 75th Anniversary of the UN in her talk, and that the right to conscientious objection to military service is based on article 18 of the International Covenant on Civil and Political Rights, which guarantees the right to freedom of thought, conscience and religion or belief.