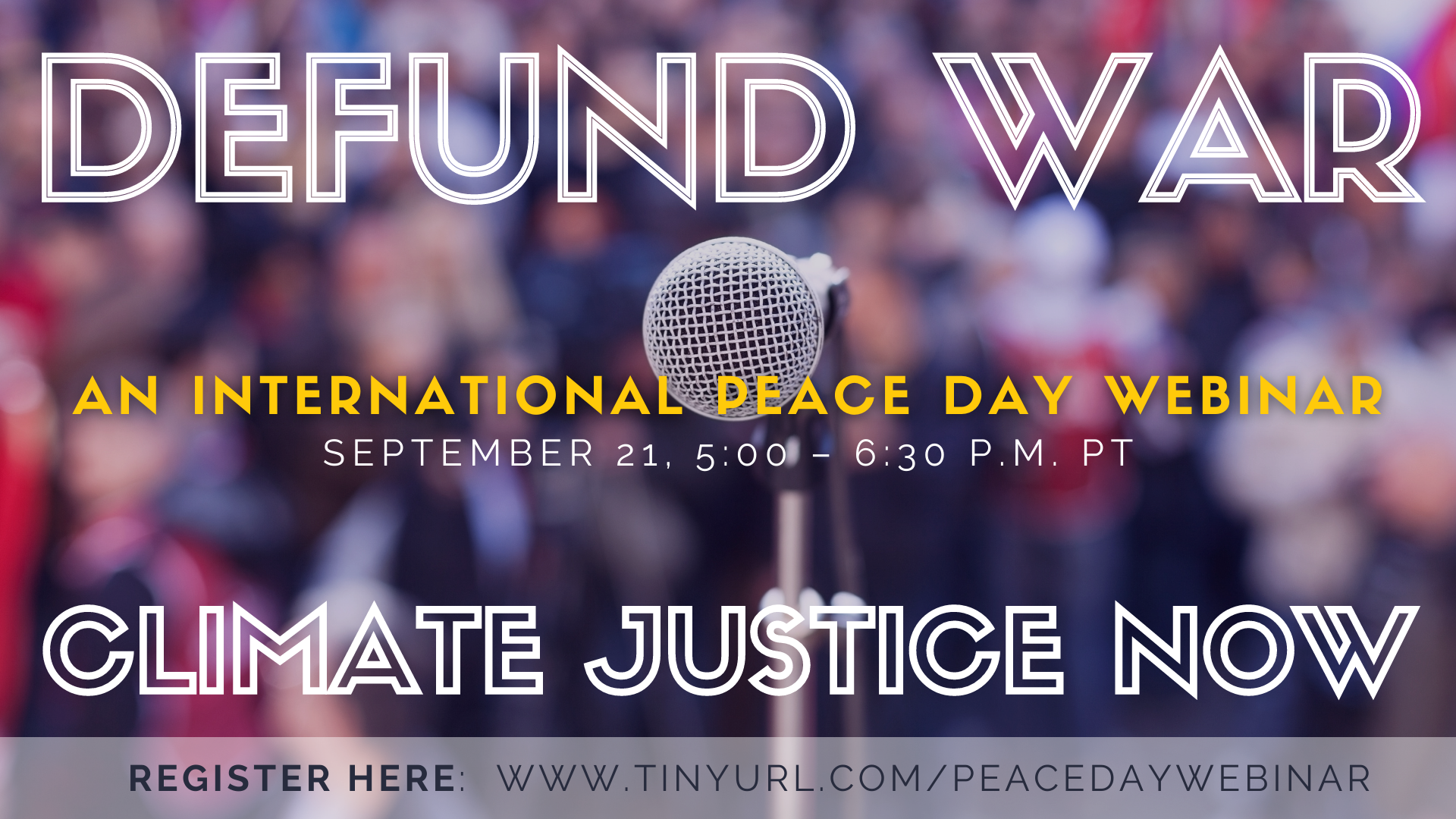 September 21 is the UN International Day of Peace! We’re marking this historic day with an online webinar featuring two special guest speakers who will address the ongoing struggles to counter militarism, build a world beyond war, and resist the climate crisis.

We invite people from across Canada and around the world to join us to listen, share, and learn more about how we can build the world we need.

Aliénor Rougeot (Allie) is the Toronto coordinator of Fridays for Future, a worldwide youth movement in which over 13 million students have joined massive coordinated strikes to demand bold climate action. Born and raised in France, she is a settler in so-called Canada, studying Economics and Public Policy at the University of Toronto. She has been an environmental and human rights activist for a decade, and has been passionate about climate justice specifically since high school. Allie has been recognized for her work by the Canadian Voice of Women for Peace with the Kim Phuc Youth Award and Toronto Post Magazine in “20 under 20”.

John Foster is an energy economist with more than 40 years’ experience in policy and economic issues relating to infrastructure and petroleum. While holding positions with the World Bank, the Inter-American Development Bank, Petro-Canada and BP group, he witnessed first-hand the impact of petroleum geopolitics in more than 30 countries around the world. His book, Oil and World Politics – the Real Story of Today’s Conflict Zones, was published in 2018. Born in London England, he graduated from Cambridge University and lives in Kingston, Ontario.