Youth Leading the Way: Seeking Climate Justice at the ICJ 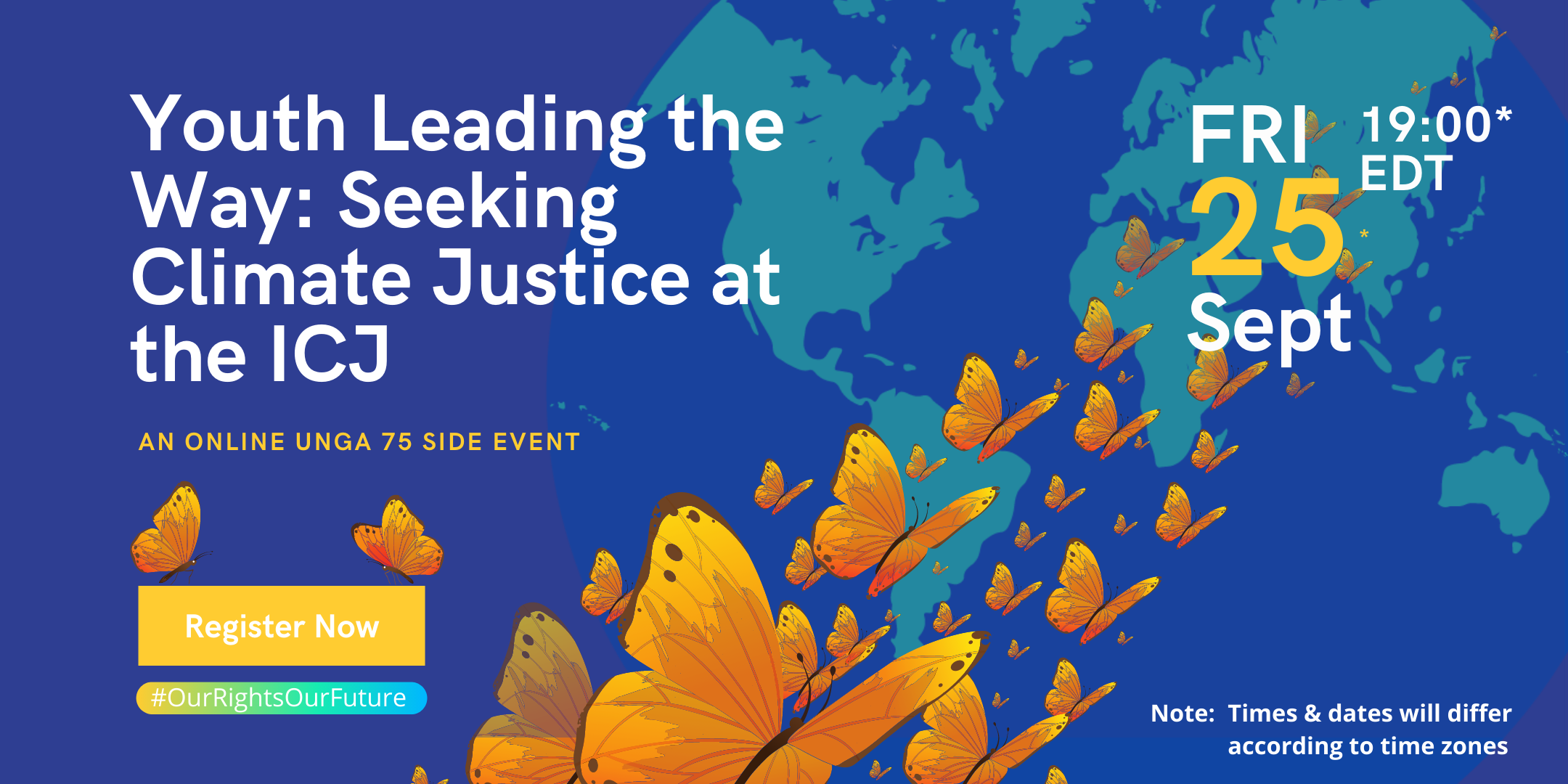 Recognising the inhumane reality of the climate crisis, World Youth for Climate Justice (WYCJ), a newly formed youth led movement seeking climate justice is organising a side-event on the nexus between climate change and human rights to bring to the fore the campaign for seeking an Advisory Opinion from the International Court of Justice (ICJAO) which would be a profound legal circuit breaker for more concerted climate action all across the world.

The aim of this event is to:
– Create awareness of the reality of the human rights challenges that climate change is undermining
– Highlight the campaign for an ICJAO as a possible catalyst for greater and more effective solutions to the climate crisis
– Serve as a platform for the WYCJ to launch this new global movement.

The event is a youth organised event that seeks to give voice and perspective to discussions purely from the perspectives of young people who stand to lose the most as the climate crisis is left unaddressed. The ICJAO, an ambitious, yet powerful campaign is an embodiment of the passion and the concern youth have for our futures and is our collective attempt at seeking justice.