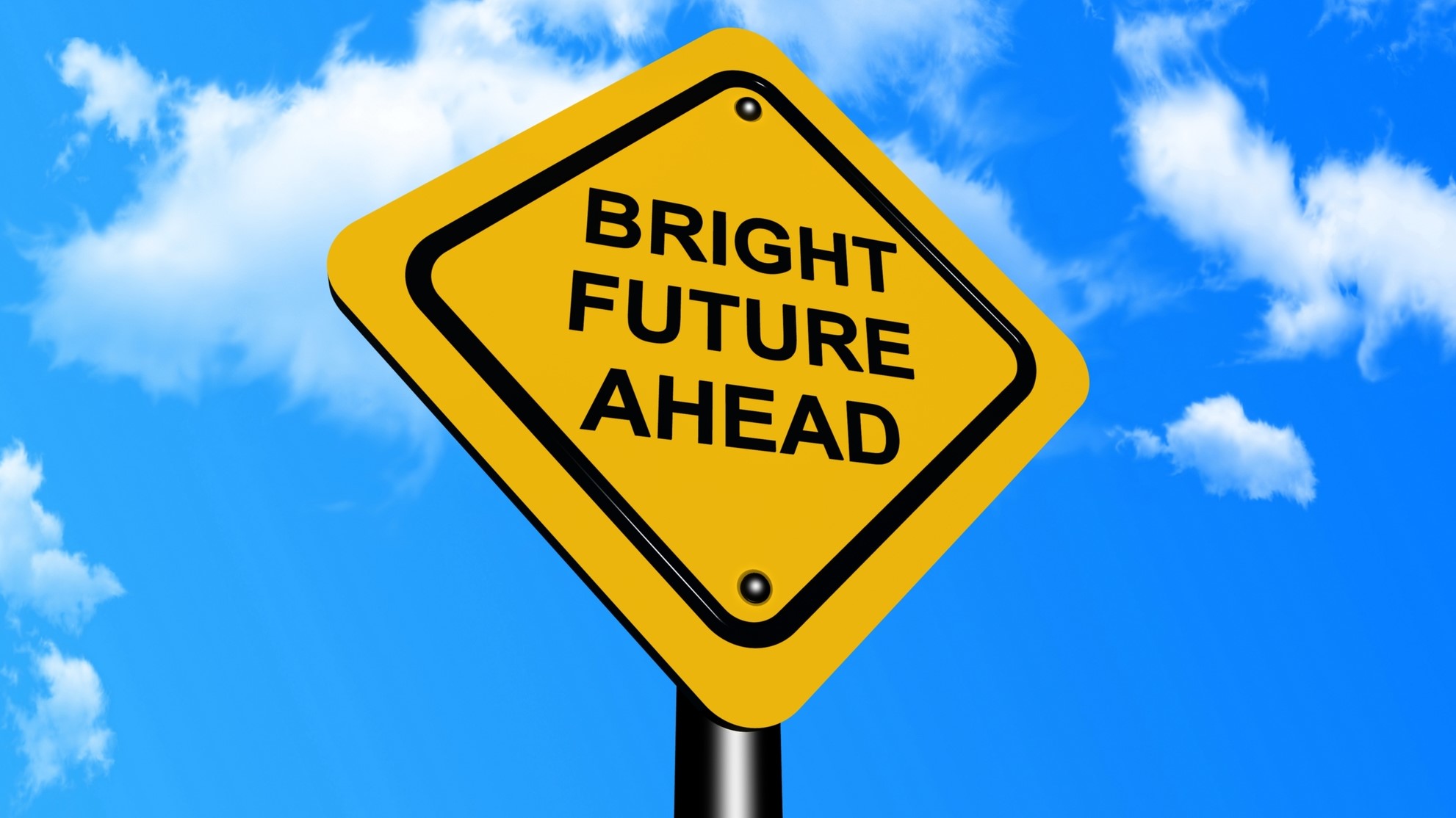 Can we eliminate nuclear weapons by 2045 (or before)?

There are a number of recent calls, made by non-nuclear governments and civil society to the nuclear armed and allied countries, to commit to achieving the global elimination of nuclear weapons by 2045.

This appears to be far into the future for those who believe that nuclear disarmament can and should be achieved much earlier. However, the goal of 2045 provides a global rallying call to build a stronger movement, and avoid instant dismissal as unrealistic by those who currently support nuclear deterrence or rely on it for their security.

In addition, the COVID-19 and climate crisis are changing the security environment, opening up a greater possibility to achieve the goal of nuclear weapons elimination by 2045 if not before.

Below is a discussion of these points.

On October 2, 77 Presidents, Prime Ministers and Foreign or Defence Ministers addressed a United Nations High Level meeting on the elimination of nuclear weapons, along with the UN Secretary-General, the President of the UN General Assembly and two representatives of civil society.

One of the proposals put forward by Mr. Tleuberdi, Foreign Minister of Kazakhstan, and supported by the two civil society speakers, was a call on UN member states to commit to the elimination of nuclear weapons by no later than 2045, the 100th anniversary of the establishment of the United Nations.

This call has also been made in two recently launched civil society appeals, one by World Beyond War which in addition urges the nuclear armed States to join the Treaty on the Prohibition of Nuclear Weapons, and one by #WeThePeoples2020 which also calls for immediate nuclear risk-reduction measures and for UN member states to cut nuclear weapons budgets, end investments in the nuclear weapons industry and redirect these budgets and investments to support climate action, COVID-19 recovery and implementing the Sustainable Development Goals.

This call for elimination by 2045 raises a number of questions:

Is the elimination of nuclear weapons by 2045 at all realistic?

Is calling for this goal helpful, or would it be better to aim for an earlier date?

Is it better to: a) put forward the goal of elimination by a certain date and campaign for a commitment to this, or b) advocate for specific nuclear disarmament measures like de-alerting, no-first-use, START renewal, the Comprehensive Test Ban Treaty, the Treaty on the Prohibition of Nuclear Weapons, a Nuclear Weapons Convention, the Global Zero path to zero nuclear weapons or other measures?

Or should we accept a fait accompli that nuclear weapons are here to stay and the best we can do is manage them and hope they are never used again?

Discussion of these issues should take into consideration new and emerging political circumstances, including the impact of the COVID-19 pandemic and the climate crisis on security thinking, possibilities for progress with the new US administration, the upcoming Nuclear Non-Proliferation Treaty Review Conference, the legal status of nuclear weapons, and how these relate to the political forces and security issues that are maintaining the current nuclear arms race.

Which is best – calling for commitment to a date or promoting a specific process?

There is no shortage of plans and processes/approaches that have been put forward to achieve a nuclear weapons free world.

A few of these have been mentioned above including the Global Zero plan, proposal for a Nuclear Weapons Convention and the call on the nuclear armed States to join the Treaty on the Prohibition of Nuclear Weapons. Others include the Rajiv Gandhi Action Plan for a Nuclear-Weapons-Free and Non-violent World Order, the Comprehensive Action Agenda put forward by the International Commission on Nuclear Non-proliferation and Disarmament, the former UN Secretary-General’s 5-point proposal for nuclear disarmament, the 13 practical steps to achieve nuclear disarmament adopted by the 2000 NPT Review Conference, and the Building Blocks for a World Without Nuclear Weapons proposal submitted to the UN Open Ended Working Group on Taking Forward Multilateral Negotiations on Nuclear Disarmament.

Each of these approaches has advantages and disadvantages. None provide a magic wand that convinces the nuclear armed states to adopt the plan proposed and use it to achieve a nuclear-weapon-free world.

Despite this, a number of governments and civil society organisations and networks, promote their favourite process or plan as if it is the only feasible approach, while denouncing the other processes/plans as distractions, unrealistic or even counter-productive. This creates competition within the nuclear disarmament communities, weakening the pressure they can place on the nuclear armed States to take action.

Setting a feasible date for nuclear weapons elimination is a positive way to do this. It is also a way to build support from the rest of global civil society, most of whom agree with the goal of nuclear abolition and are ready to give their support, but lack the knowledge, time or interest to engage in the nitty-gritty debate on how to get there.

A simple call for the elimination of nuclear weapons by 2045 can generate widespread and powerful momentum that would be difficult for the nuclear armed States to ignore.

There are a number of reasons for choosing 2045. It is the 100th anniversary of the establishment of the United Nations and also the 100th anniversary of the first use of nuclear weapons. As such, it provides a very powerful symbolic date that can attract political, media and civil society attention. It also carries with it a burden on the nuclear armed States to deliver. They would find it hard-pressed to deny that 100 years is more than enough to implement the very first resolution of the UN General Assembly, which they supported, setting forth the goal of nuclear weapons elimination.

In addition, there is more than enough time between now and 2045 for the nuclear armed States to address their security concerns about moving into a nuclear-weapons-free world. With a goal of 2045, their usual argument that political conditions make it impossible to achieve a nuclear-weapons-free world, falls flat on it’s face. They have nearly 25 years to take steps and establish mechanisms to meet their security concerns regarding relinquishing nuclear deterrence and eliminating the weapons. As such, 2045 cannot be credibly dismissed by nuclear deterrence adherents as being infeasible.

Why not an earlier date?

It is definitely possible to achieve the elimination of nuclear weapons earlier than 2045. Indeed, the ‘political conditions’ argument put forward by nuclear armed and allied States for not making concrete progress are mostly spurious, and are used primarily to prop up nuclear deterrence policies which serve other purposes – such as enhancing domestic political power and feeding the financial interests of the nuclear weapons industry. If the nuclear armed States were truly committed to nuclear disarmament, they could indeed negotiate and adopt, within a much shorter time-frame, an agreement or regime for the verified elimination of nuclear weapons.

Putting forward the date of 2045 by which nuclear weapons should be eliminated allows for the possibility of them being eliminated earlier if we are able to build sufficient political traction, capitalizes on the political attention surrounding the 100th anniversary of the UN, and avoids the pitfalls in putting forward an earlier date.

What about the law?

According to the law, nuclear weapons should have been eliminated by now. The Nuclear Non-Proliferation Treaty, adopted in 1970, already prohibits the possession of nuclear weapons by non-nuclear States and includes a legal obligation expressed in Article VI for all parties, including the nuclear-armed States, to achieve complete nuclear disarmament.

The International Court of Justice (ICJ) in 1996 affirmed this as an unconditional and universal obligation. In addition, the ICJ affirmed that the threat or use of nuclear weapons was generally prohibited under customary international law, even though there was no global treaty specifically prohibiting this.

As such, eliminating nuclear weapons as soon as possible, and at least before 2045, is a legal requirement that cannot be ignored by the nuclear armed states and their allies.

There are some voices that question whether the elimination of nuclear weapons is indeed possible, arguing that the nuclear armed and allied states will never agree to relinquish nuclear deterrence and eliminate the weapons as they provide security and political benefits that cannot be met in other ways. According to these voices the best we can do is to manage the situation to ensure that nuclear deterrence does not ‘fail’ resulting in the use of nuclear weapons.

The International Commission on Nuclear Non-proliferation and Disarmament (ICNND) addressed this head on by: a) highlighting that it is unrealistic to expect that maintaining nuclear deterrence policies and practices indefinitely will not result in nuclear weapons us at some stage, either by intent, miscalculation of accident; and b) examining all the political, security and economic drivers for nuclear deterrence policies and demonstrating how these drivers could be addressed and met by alternative means.

Hon Gareth Evans, Co-Chair of the ICNND, in How to achieve a nuclear-weapons-free world, a presentation he made on the International Day for the Total Elimination of Nuclear Weapons (September 26, 2020), noted that:

As desolate as the international environment for now remains, it is important to keep things in perspective. Pendulums do swing, wheels do turn, Presidents and Prime Ministers do change.

Optimism is self-reinforcing in the same way that pessimism is self-defeating. Achieving anything of lasting value in public life is difficult enough, but it is almost impossible to do so without believing that what seems to be out of reach really is achievable. So it is up to those of us who believe in both the possibility and necessity of a nuclear weapon free world, however disappointed and frustrated we may be right now, to get out there and work for it, in every way we can and through every channel of influence we can mobilise.

The COVID-19 pandemic and the climate crisis are changing the global security environment in ways that make the elimination of nuclear weapons more feasible. Both issues have emerged as key threats impacting the security of both individuals and nations. And it is obvious that nuclear weapons are useless in addressing these threats.

In addition, the massive human, technical and financial investments in nuclear weapons are a drain on resources that are needed to manage and recover from the pandemic, achieve the sustainable development goals and make the transition to low-carbon economies.

The #WeThePeoples2020 Appeal for a nuclear weapon-free world by 2045 makes these connections and could serve as a powerful rallying cry to build support and success.